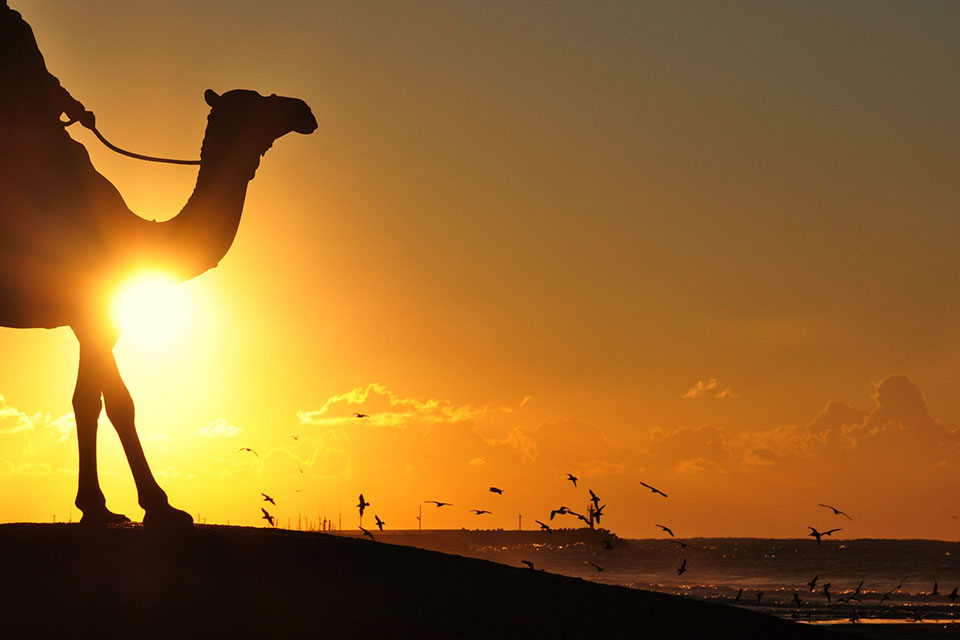 Raise a Glass of Camel Milk this World Milk Day 2020

Nairobi, June 1st, 2020. Demand for camel milk is growing but Covid-19 puts nutrition and livelihoods at risk.   The dairy sector meets with the Kenya government to push for curfew exceptions and more.

Frontier Counties Development Council and the Kenya Pastoralists Parliamentary Group (PPG) join the Global Coalition for Camel Milk and other players in celebrating the World Milk Day 2020. This year for the first time, since World Milk Day began 20 years ago, a global coalition of camel milk consumers, experts, and dairy producers from 35 countries will raise a virtual glass for camel milk. Globally sales in camel milk are growing, as is interest, in this more natural, immune-boosting, climate-friendly, and healthy dairy option – both as stand-alone milk and as an active ingredient in camel milk products. But Covid-19 is putting dairy farmers at risk around the world.

“The camel is the most secure savings account for many residents in the FCDC counties, providing meat, transport, and hides as well as revenue from tourism and riding in some places. The milk itself contributes significantly to human nutrition and health, and the sale of milk, live animals and meat generate important income to local producers. Not only is it drought resistant but it is also more environmentally friendly in its grazing habits and emits fewer greenhouse gases than other livestock”, says Mr. Guleid Mohamed, CEO of Frontier Counties Development Council (FCDC).

“There are 3 million camels and 5 million pastoralists in Kenya who rely on camels for their livelihoods and food but they cannot make a living with these Covid-19 restrictions. Camel milk is also the main source of nutrition for people in North-East Kenya and for hundreds of thousands of Somali refugees, so they are all at risk.” Said Prof. George Chege Gitao, Veterinary Medicine – University of Nairobi.

The global camel milk products market size was valued at USD 10.2 billion in 2019. Camel milk is highly sought after for its anti-inflammatory, strong protective proteins, anti-microbial and nutritious value and works well for lactose intolerance.

“The global camel market is projected to grow at more than 10% for the next decade, so more camel milk in the future!” said Dr. Bernard Faye, veterinarian, and chair of ISOCARD, the International Society of Camelid Research and Development.

The Middle East and Africa dominate with more than 60% of the global camel livestock revenue. Somalia, Ethiopia, Sudan, and Kenya consume the most per capita in the region. Saudi Arabia is the largest market in the world at around 33 litres per year, per capita. North America is expected to grow the fastest as consumers with diabetes switch to camel milk to better control sugar levels.

“Camels are more adapted than cows or sheep to climate change and are built to survive for weeks without water in tough conditions, yet produce truly natural milk which is high in vitamins and immune properties, that tastes good and is suitable for those with lactose intolerance and allergies,” said Jeff Flood, a trained nutritionist and the CEO of Summer Land Camels in Queensland, Australia.

Camel milk works across a range of physical and behavioral issues, making it a highly effective alternative.  “Parents of children with autism remain a key and growing market, as studies show the milk is safe and effective and can lead to behavioral and medical improvements,” stated Christina Adams, author of several publications on camel milk and editorial board member of the Journal of Camel Science.

A growing market for camel milk

The cow dairy industry is known to be a well-organized and powerful lobby force. Until now the camel milk private sector has been mostly established in the United Arab Emirates (UAE), Saudi Arabia and Mauritania. But with climate change and growing consumer concerns about ethics and farming, camel herders and camel milk producers are expanding worldwide. 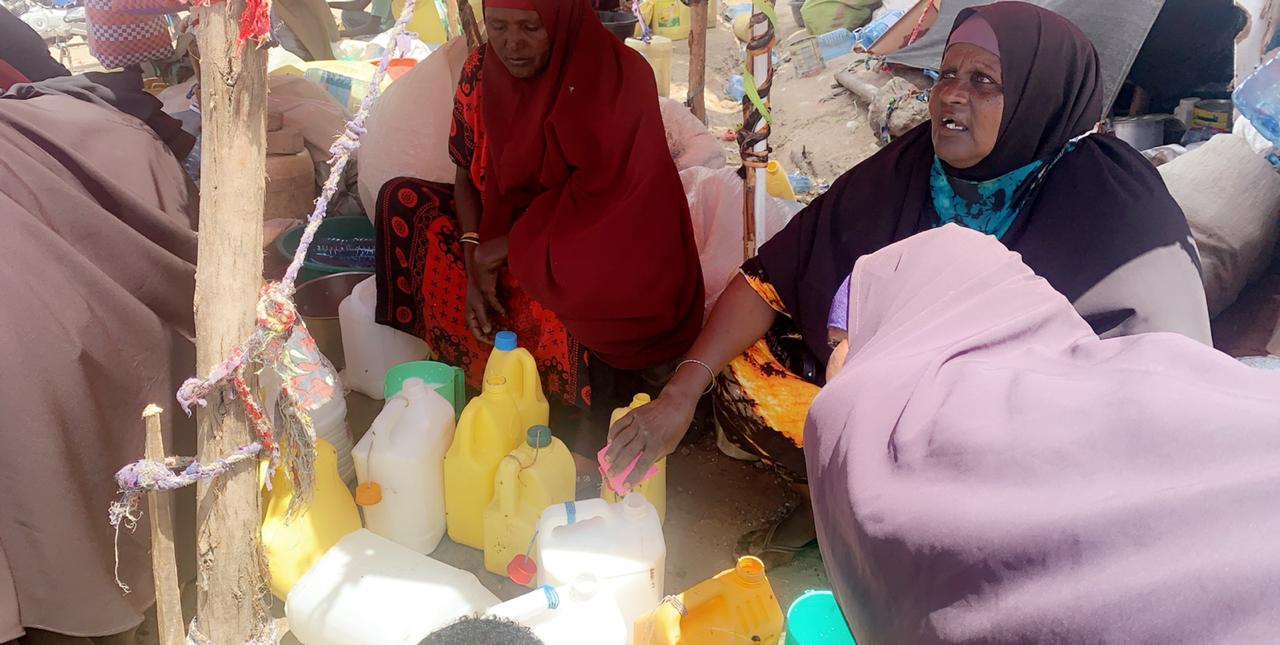 For the past 50 years, camels are the second-fastest-growing herbivorous livestock in the world, after buffalo, and has grown annually significantly by 4.5 % in the past decade in Africa (FAO). The global milk market grew at a steady pace of 3.89% per year between 2011 and 2018. The Middle East and the Horn of Africa camels lead the charge, as the second-fastest growing herbivore livestock in the world after buffalo (FAO).

The camel milk industry is undervalued but could rival other foreign exchange-earners in Kenya. Drought and the fact that 89% of Kenya is classified as arid and semi-arid land means many are shifting from cows to camels, even in southern Kenya,” said Dr. James Chomba Njanja, Vice-Chair of the Kenya Camel Association.

Regions in Africa are switching to camels even where they never were before, e.g. Uganda and Tanzania. “ There is so much tradition and long-term use across the world, but we need more scientific research on camels in general and especially on camel milk,” Says Prof. Mohammed Bengoumi, Tunisia based FAO camel expert.

Facing climate change on the equator in Kenya and Australia, more commercial dairy farmers are diversifying or switching to camels as they do better in tough, drought-ridden, hot climates and browse on prickly bushes and shrubs that most farm animals avoid.

“The camel saved humans for generations in the desert.  In arid areas and hot weather over 45C, we see cows suffer as they need 8-10 times more water than camels to produce 1 litre of milk,” said Dr. Abdul RaziqKakar, a UAE based camel dairy specialist from Pakistan and Camels4All blogger.

Camel herding nomads who have traditionally bred camels for centuries are also benefiting from the interest in camel milk. “Supporting decentralized camel farming through innovative models is a great opportunity to reduce poverty and to better food security in some of the poorest parts of the world,” concluded Dr. Ilse Köhler-Rollefson, project coordinator of the League for Pastoral Peoples.

“As camel keepers, we have found that so many people are prejudiced against all camel products, and camels, out of ignorance, so it is encouraging to see a slow change as the world begins to appreciate the many benefits that these gentle, mystical giants of animals are providing us with, especially through their milk.” Concluded John and Amanda Perrott, Bobong Camels safari operators, and farmers in Kenya.

For all these climate-friendly, natural, and immune-boosting reasons, please raise a virtual or real glass of camel milk to celebrate this World Milk Day!