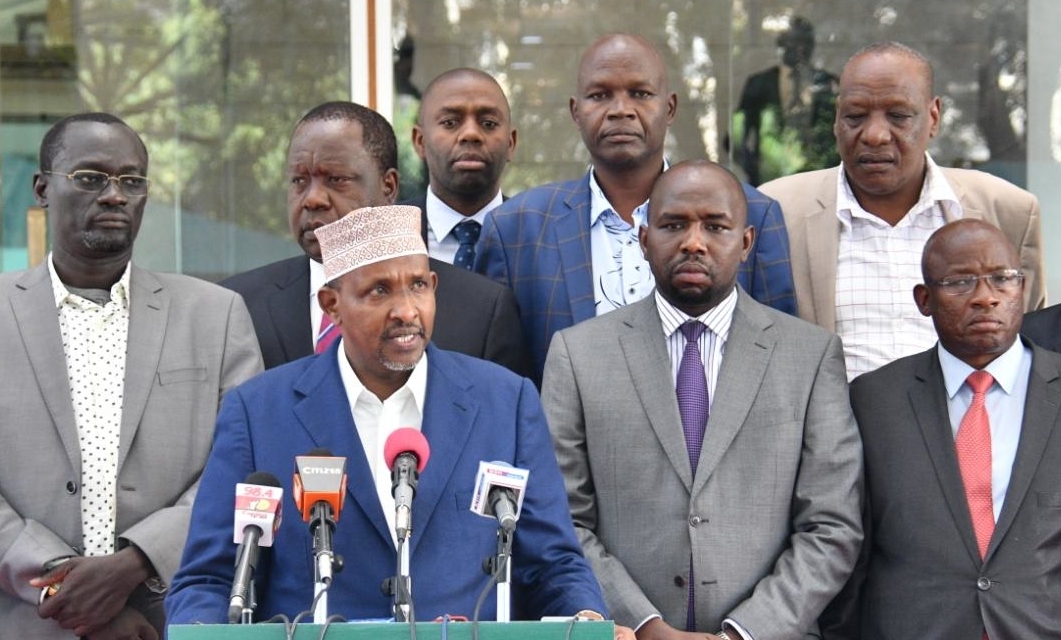 The leadership of FCDC led by Governor Nanok and PPG members led by Hon. Aden Duale and Senator Kipchumba Murkomen met with the Cabinet Secretary for Interior and National Coordination and his senior security team at Harambee House.

The leaders shared their concerns about the current insecurity situation in the pastoralist areas of Kenya. The leaders who spoke at the meeting took issues with the rationale for the choice of strategy to disarm NPRs before briefing the leaders and putting in place adequate measures to safeguard the safety of the people and pastoralist properties in conflict-prone areas.

Following lengthy discussions, the following was agreed upon: 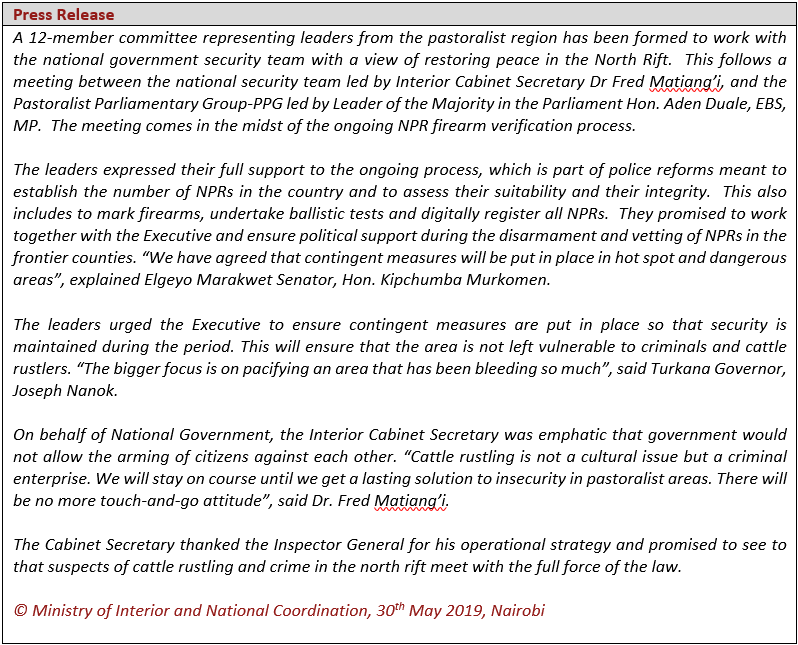