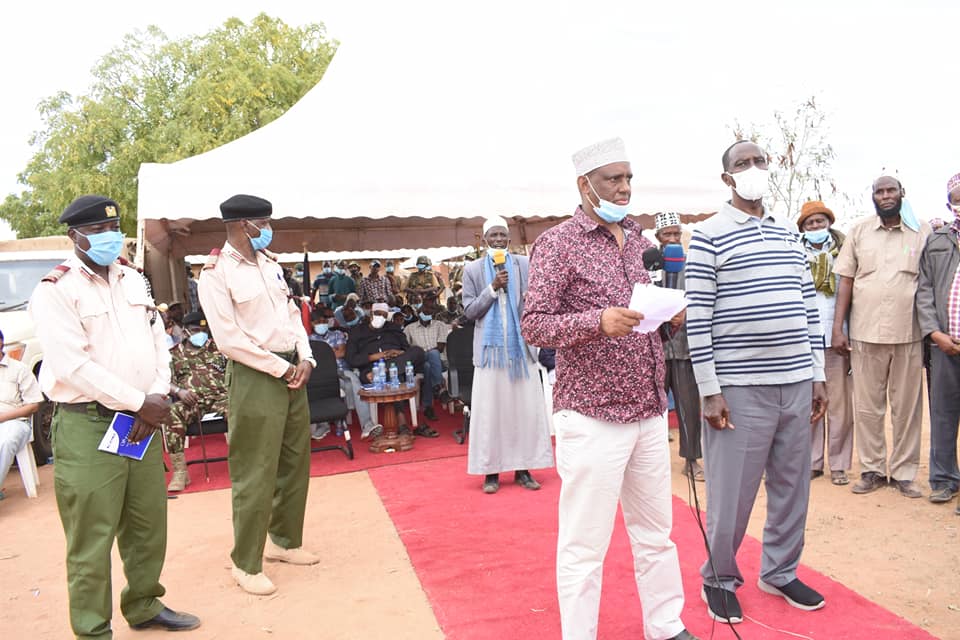 Marsabit County, the largest County in Kenya – inhabited by fourteen ethnic groups – has for long been bedeviled by inter-ethnic clashes, fuelled by competition for political, natural rangeland resources control and economic opportunities.

The month of June 2020 is worst this year, with many incidences and signs of the conflict growing beyond the Marsabit County borders.

The conflict is manifested and reported as inter-ethnic fighting over water and pasture resources, community land disputes, a battle over cultural identity and territorial control. A deeper analysis however indicates that the real motive and purpose for the vicious cycle of violence in the recent past is the politics of clan (ethnic) supremacy.

The political leadership, including the county government and the members of parliament, have come out to condemn the new eruption of inter-ethnic conflicts in Marsabit and with its neighboring county of Wajir. Governor Mohamud Ali and his counterpart Amb. Mohamed Abdi has called for an immediate cessation of hostilities as it is a hindrance to the development of both counties.

“It is worrying that instead of focusing on developing our county, our communities have resolved to fight amongst each other despite the efforts we have put in fostering peace. We are aware of those fuelling these conflicts and we are determined to finding them,”. – Governor Mohamud Ali

This is not the first time the region is experiencing inter-clan clashes, which is usually fuelled by fights over pasture for their animals among other resources.

“We will no longer condone further merciless killings of innocent citizens and banditry in the area, terming the clashes as lawless and interference to peace and development,”  Hon. Adan Keynan

The two leaders called for a reconciliation meeting immediately to discuss issues behind the conflict in finding possible solutions to them. They said the meeting will also open up avenues for follow-up discussions between the two fighting communities.

On 13th June 2020, the National Cohesion and Integration Commission facilitated a joint Boran and Degodia community peace dialogue meeting at Badharerro. The meeting was aimed at addressing a recent violent ethnic conflict between the Borana and the Degodia communities.

The Commission held a second meeting with the County Security Intelligence Committee (CSIC) chaired by the County Commissioner. This meeting enabled the Commission to get a comprehensive briefing on the conflicts in Marsabit County and the various interventions that the National Government Administration Officers (NGAO) and other stakeholders had undertaken to address the conflicts.

This meeting resolved to stand in solidarity with the people of Marsabit and Wajir counties and help them reconcile their disputes. The Sector Forum for Peace and Cohesion (SFPC) under the leadership of Mr. Ahmed Sheikh, CEC for Mandera County discussed the latest situation.

Recommendations by the Sector Forum for Peace and Cohesion

A consultative meeting was called on 11th June 2020 in Nairobi that resulted in a high-level joint press conference that was attended by both Governors and PPG members from two counties.

Priority interventions should be on cessation of hostilities and de-escalation of tensions between the warring communities. The ongoing conflict has the inherent danger of escalation and expansion beyond Marsabit, part of the strategy should include avoiding it to spill over to the neighboring counties such as Isiolo and Wajir.

Immediate response intervention should include the promotion and facilitation of peacebuilding initiatives that build inter-community cohesion, unity, and reconciliation mainly between the two active fighting groups (Borana in Saku constituency and Gabra in North Horr Constituency of the Marsabit County.

In the long-term, multi-institutional and multi-sectoral interventions are needed to strengthen the implementation of peace work in Marsabit county. The following recommendations should be implemented to the letter.